Winnebago Industries is proud to announce that it has received three awards at the annual CCIA 2011 conference held on the glistening waters of the Central Coast NSW, at the Ettalong Beach Club. The theme this year was ‘our industry is ‘simply the best” which aims to encourage businesses to not rest on their laurels and to constantly strive for success by continuously re-evaluating business plans to ensure long term success.

At the Awards of Excellence ‘Hollywood’ Gala Dinner, Winnebago Industries took out the prestigious ‘Best of the Best NSW Trade Business 2011’

Joel Bowmer’s hard work was recognised by the Industry, and he was awarded the EMPLOYEE OF THE YEAR award; an enormous feat as he was chosen from all RV Manufacturer staff, Dealer staff, suppliers to the industry staff and other associated trade organisations staff.

Winnebago proudly accepted the prestigious award of Best Manufacturer Motorhomes, Campervans & Fifth Wheelers. It is award which pays tribute to the effort and professionalism Winnebago employs to ensure that they produce the best vehicles Australia wide. 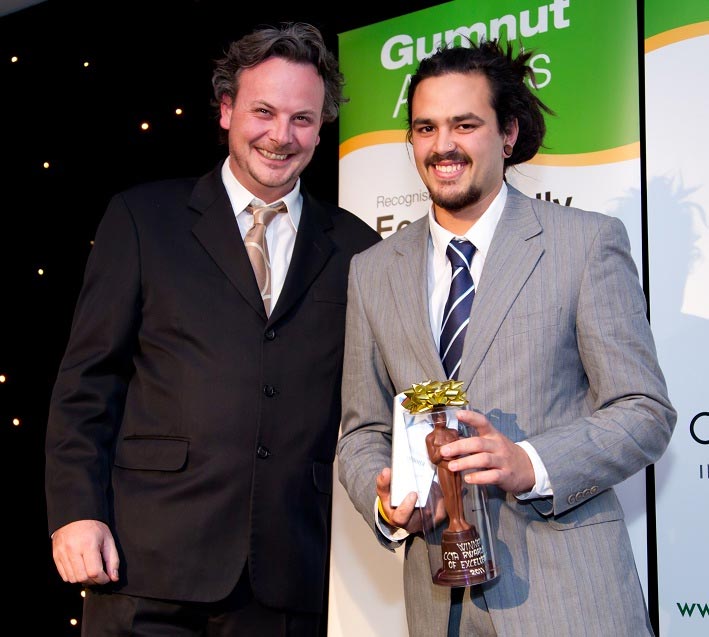 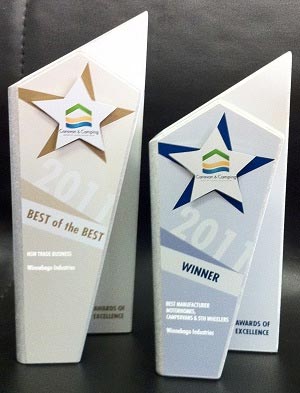